Voice recognition software has made leaps in the last decade. With the center stage of artificial intelligence and machine learning, the voice-to-text is nearly perfect, scoring accuracy of over 98% everytime. This has also opened avenues for controlling the entire computer or smart devices through voice without requiring physical input.

Nowadays, these voice to text oftware can recognize different accents, ignore filler words, and even transcribe live video meetings. In this article, we take a closer look at some of the best voice recognition software which can cater to different needs.

With many strong contenders in the line, there are still few standouts that deliver the ultimate voice recognition experience. You can start with Otter and Description to get the ball rolling. Gboard and Apple dictation does a great job as native apps on smartphones for the respective platforms.

If you are on Windows 10, then their in-built voice recognition software is a must-try. It works well for straightforward projects where simple voice-to-text would do the job. 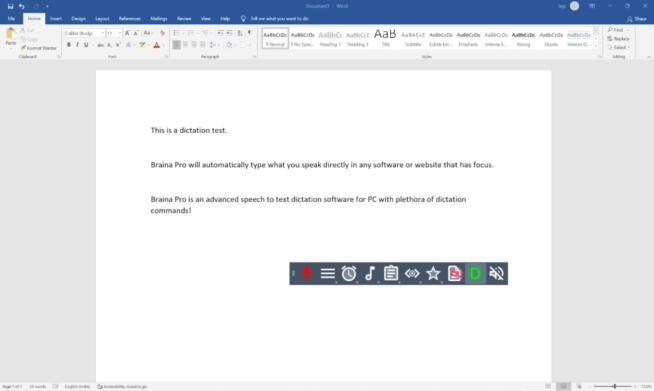 We start with voice recognition software initially developed as an AI assistant for Windows. It can convert voice to text on any app, whether a website or a simple word document. You can add multiple technical jargon and terms to the custom list, which can be typed by the AI when hearing a specific word.

It can also convert text to speech and be used for listening to ebooks, emails, and web page content. The speed can be adjusted, and the voice can be chosen from various offerings, having male and female voices. 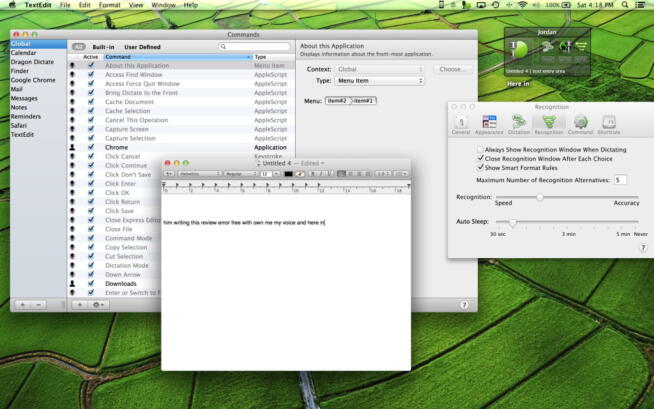 It can be deployed for multiple people in a professional setting. This is handy for publishing houses and places requiring a lot of note-taking. The offline basic speech mode protects against interruptions if the Nuance Management Server (NMS) database becomes unavailable. 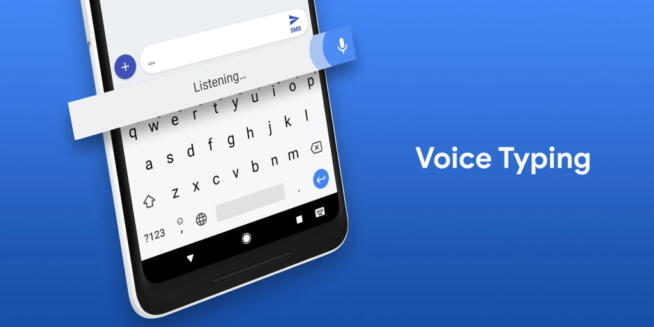 Moving to mobiles and tablets, Gboard is a keyboard app from Google for Android and iOS. Apart from a customizable keyboard, it provides voice typing for mobiles. Tap on the mic button when the keyboard appears, and then provide the Gboard app with permission to use the mic.

Talk directly in the language of your choice, as it supports over 50 different languages from across the world. It can also type a supported language in the English alphabet. Take voice typing offline with the language packs, and stay on top of the transcription even when the internet is unavailable. 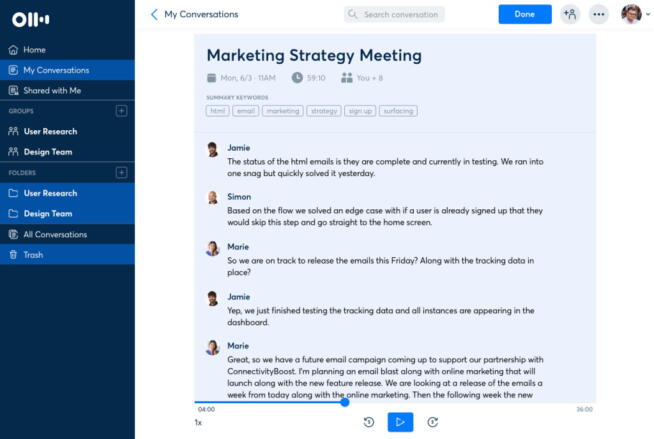 Otter goes all in with voice transcribing on mobile. It is available on iOS and Android and has a web interface accessible through the browser. Integrate the Otter assistant directly to Zoom, Microsoft Teams, and Google meet.

The voice recognition app is subscription-based, recording minutes as the token quota. There is a free plan, basic, with sufficient features to get started. It specializes in accent recognition, which creates individual profiles for different users. 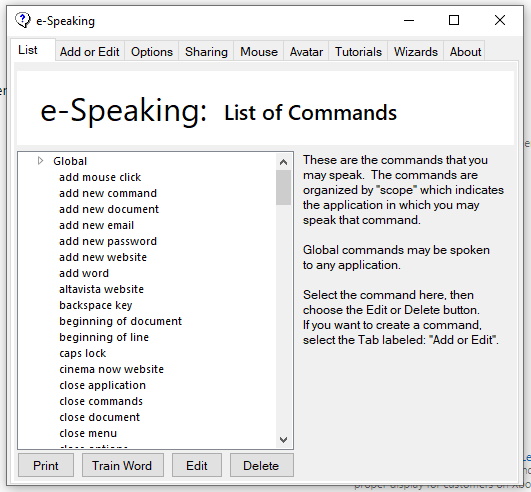 e-Speaking is practically a free voice recognition software. They offer a 30-day trial period, after which you must purchase the app to add, edit or delete commands. We need the dictation part alone that will continue without making the purchase.

Apart from voice to text feature, it has over 100 built-in commands that can perform various functions, including formatting in apps like Excel, Word, Outlook, etc. 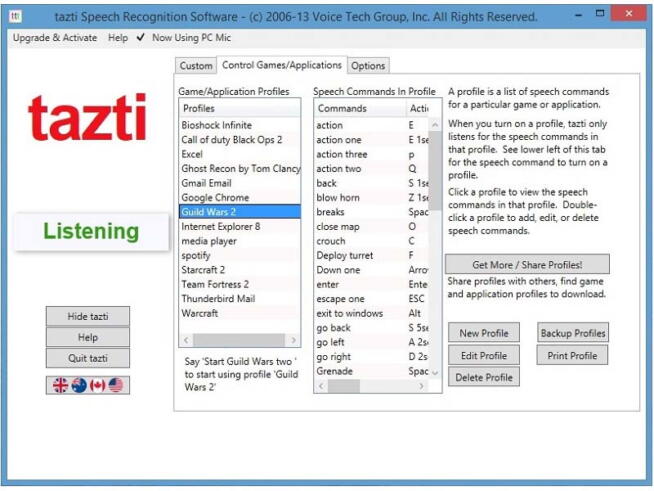 Tazti is a speech recognition software that has been around for over a decade. The latest version offers a plethora of new features and upgrades. It is designed to be a dictation companion and aid in playing MMO, RPG, FPS, and RTS games.

The voice recognition software works with six different dialects of English, and German, Italian, French, Spanish. A separate Kinect language pack needs to be run along with the main software for using languages other than English. Custom commands can be set in supported languages for performing certain actions.

Apple has an in-built dictation tool available across all iOS and Mac devices. On Mac devices, it is found in the Apple menu > System Preferences > click Keyboard > click Dictation. While not as accurate as some professional voice recognition software, it gets the job done on most days. It’s a great entry-level feature to rely on when in need.

You can also open it by asking Siri on iOS devices. Like Google voice typing, this does not require installation or a complex configuration. On iOS devices, find it in the keyboard layout below the keypad. Tap on the microphone, and the listening mode will start. 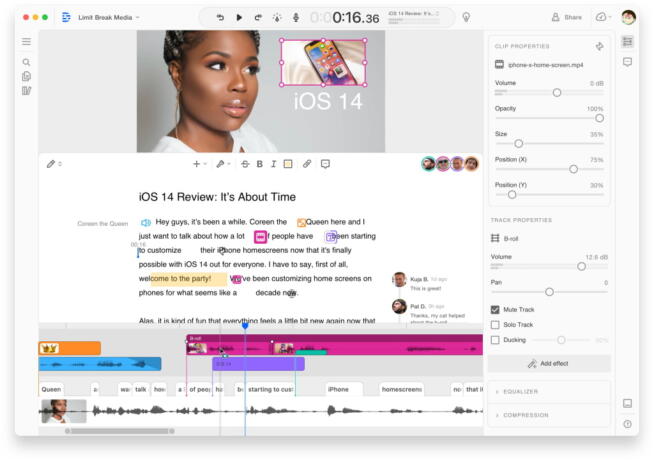 Descript can solve many of your dictation problems if you are a blogger, podcaster, or content creator. Edit audio, video, and record dictations using the Descript app for Windows. Sign in through a Google account or register as a member. The free plan offers 3 hours of transcription, which you will need to upgrade to continue using the service.

They offer two versions for the voice-to-text – web and the Windows app, which is available on the Microsoft apps store. Click on the new project button and start a fresh dictation project. 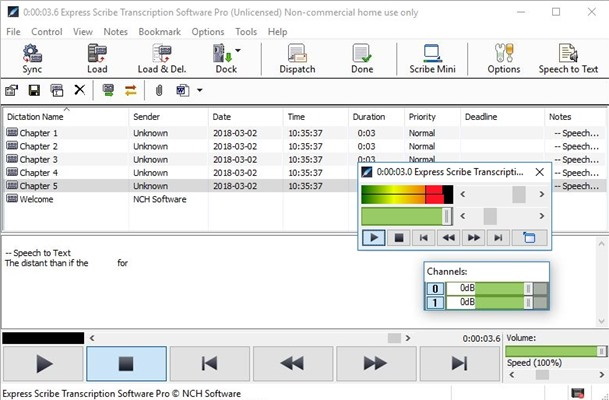 If you are looking for free voice recognition software, then Express Scribe is the only thing you need. It offers virtually all the transcription features for free, while free novelty options can be unblocked by paying a fee. The easy-to-use interface improves voice-to-text typing by providing a linear workflow. 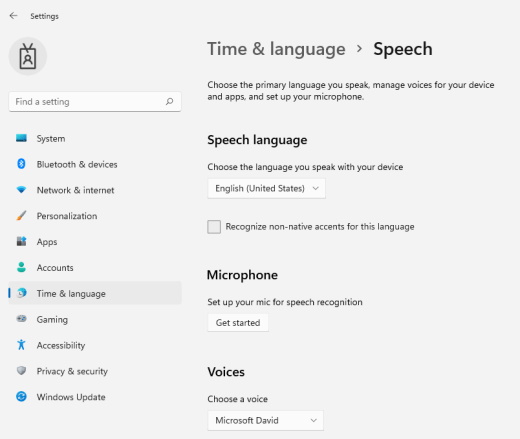 As a Windows 10 user, you don’t have to look anywhere else. There is gold right beneath your nose. Microsoft ships a voice recognition feature with its operating system. This was discontinued after Vista but came back with Windows 10.

Head to the Start menu search bar, and type online speech recognition. Go to the first result, and turn on the disabled option. Now head back to any application that can be used and press the Window key + H to open the dictation toolbar. It will appear at the top of the screen.

2.1 What are the limitations of voice recognition software?

VRS is indeed a revolutionary technology, but they have its own set of limitations. Some of the obvious ones are as follows:

2.2 Where is voice recognition software used?

Voice recognition software has found its use in several industries in ingenious ways:

2.3 What is the future of voice recognition software?

Voice Recognition software will see further enhancements in the future, and hopefully, the challenges of the VRS technology will be resolved. Hopefully, Voice Recognition software will not only understand the speaker’s words but also understand its context to deliver refined results. Speculations state that VRS will be employed in care centers for the visually impaired and in the banking industry for processing payments by voice commands. Together with machine learning technology, VRS will learn and successfully perform household and workplace tasks in advance.

Voice Recognition technology has always struggled with inaccuracy issues, so even the most advanced voice recognition software is 85%-90% accurate. Background noise and unfamiliar accents are the major factors behind the inability of VRS to deliver precise results.

2.5 How does voice recognition software work?

The microphone captures the vibrations of a voice and converts them into an electrical signal. The voice recognition software splits the voice notes into small segments and converts them into a digital format. It then analyses the speaker’s voice’s frequency, flow, and accent and creates a text template. VRS then compares the text with the words stored in its database to provide the most accurate response possible.

2.6 What is the best voice recognition software for Windows?

2.7 What is the best voice recognition software for Mac?

Express Scribe and Descript are the best voice recognition software used by Bloggers and Podcasters on Mac.

The Word Processing software of Microsoft has an inbuilt voice recognition software known as Dictate. Use the Win and H key combination to access the Dictation tool instantly.