Today, it is vitally important to protect all the digital data you consume on the computer. For that, there are a lot of antivirus apps that saturated the market to the extent that the typical user finds it hard to select a good solution.

The final score is 9:6 to Bitdefender. But does it mean it is better than Windows Defender? No. If you are not ready to pay for additional security or if you are an experienced and attentive user, Windows Defender will also be a good solution for you.

You can read about the details further below. 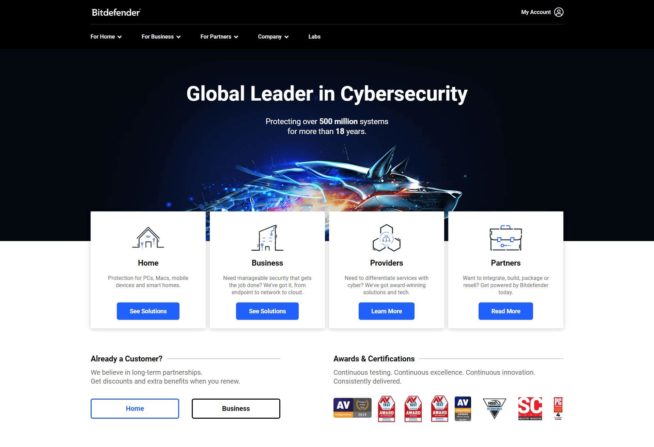 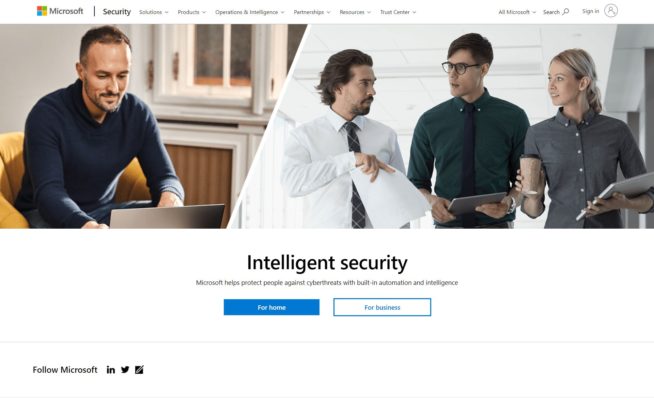 Bitdefender vs Windows Defender – Winner: Bitdefender. Despite both solutions offering a good set of basic features, Bitdefender provides more specific ones that make it a more powerful solution.

Bitdefender vs Windows Defender – Winner: Bitdefender. Again, this program has a lot more features to protect your online activity. Windows Defender can just monitor the traffic and manage the application rights for incoming and outgoing connections.

When it comes to reliability, Bitdefender is among the doubtless leaders. When opening the malware folder, Bitdefender immediately starts blocking any detected malware. Also, it only takes a few moments to delete all known virus threats, and the final results are almost identical both for a free and premium version of the program: most of them were blocked and deleted. The free version of Bitdefender received 7.7 points, while its paid version got 8 points — it is a pretty good result.

Also, Bitdefender blocks malicious links before your browser can download them, so you don’t need to install additional extensions. In the malicious URL blocking test, the antivirus blocked 76% of links and the scan during access destroyed another 8% of online threats.

Microsoft highly improved its product over the past several years. Now, it is one of the most reliable free antiviruses.

Windows Defender Security Center offers basic protection against viruses, trojans, extortion programs, and other malicious software. It is installed on a Windows system by default, so even if you don’t want to install a third-party solution, your system already has a certain level of protection against these threats. It also automatically detects other anti-virus systems that you have installed. This makes it easy to remove any old scanners if you want to protect your system using only Windows Defender.

Different tests proved its reliability. For example, the Windows SmartScreen Protector blocked 98% to 100% threats, with the industry average detection rate being 99.5%. In terms of identifying known malware, Microsoft blocked 100% and 99.9% of the test collection samples, while the industry average was 99.9%.

The Windows defender also received a high score in the usability test because it produced almost no false positives. The average number of false positives among all tested products was 10, while Windows Defender was wrong only 4 times in two tests.

Bitdefender vs Windows Defender – Winner: tie. Both products are very reliable. You can fully rely on either one.

Although Bitdefender Free does not have many additional features, its antivirus engine is no different from the premium version of the software. Nevertheless, when we talk about tests, we mean the paid program. Most labs include Bitdefender in their testing program. In the comprehensive test from AV-Test, Bitdefender earned a maximum of 6 points in all three evaluation categories. F-Secure, Kaspersky, McAfee, and Norton were able to repeat this result. 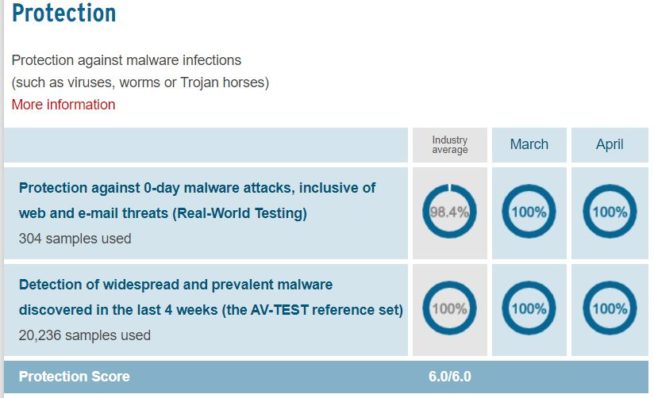 In all four AV-Comparatives tests, Bitdefender received the highest rating Advanced+. This is the best result; the closest competitor was Kaspersky Lab product with three Advanced+ and one Advanced. Bitdefender confidently coped with the tests for protection against bank trojans conducted by MRG-Effitas. The product was tested against a wide range of malicious programs in the same lab and received Level 1 certification, as well as Kaspersky Anti-Virus, Windows Defender and seven other products. 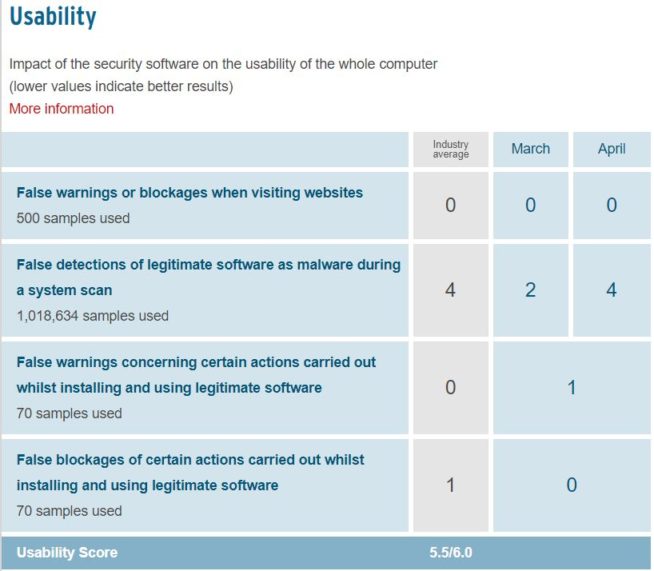 The SE Labs attempts to simulate malware attacks in conditions as close to real as possible. Bitdefender received an AA rating that is one step below the maximum possible AAA. Thus, the total testing result of Bitdefender is 10 points out of 10 possible.

Some time ago, Windows Defender offered was very average protection, which was worse than many other free solutions, not to mention the monsters of the market. However, over the years Microsoft has managed to improve its software so much that now Windows Defender is one of the best options on the market. 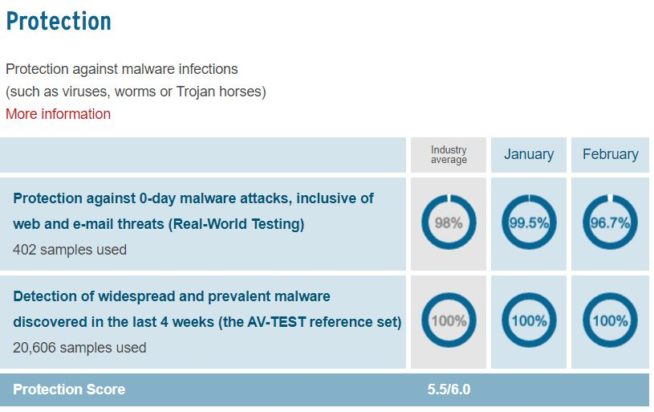 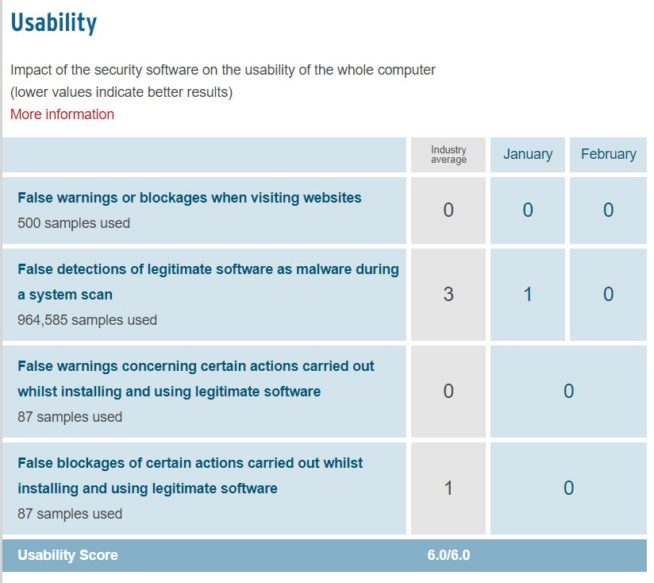 As for the AV-Test results, it awarded 5.5 of 6 in the protection test and 6 of 6 in the performance and usability score.

5. Bitdefender vs Windows Defender: Use of System Resources

As an antivirus protects your system in real-time, it must consume as few resources as possible. How do both products use the resources of your computer?

Visually, it works fast on any modern computer: nothing freezes, the RAM and CPU resources are not overloaded. However, tests showed different results. The AV-Comparative rated Bitdefender with 88 points in the AVC Score and 98.5 in the PC Mark Score, which gave the final Impact Score of 3.5. This is much better than many other antiviruses. 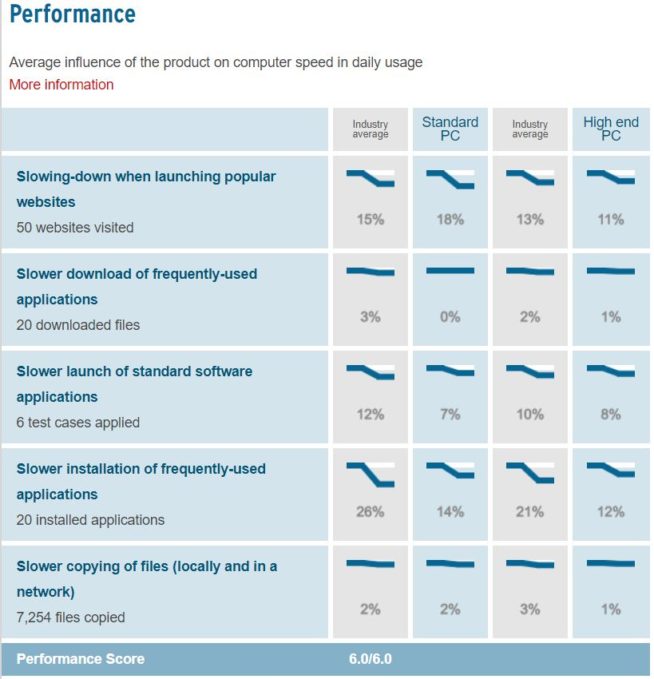 As Windows Defender is a native solution, it almost does not impact the system performance even on weak computers. At the same time, the results differ significantly in different test laboratories. Thus, the AV-Comparative rated Bitdefender with 75 points in the AVC Score and 98.0 in the PC Mark Score, which gave the final Impact Score of 17. This is the worst result among all the participants. 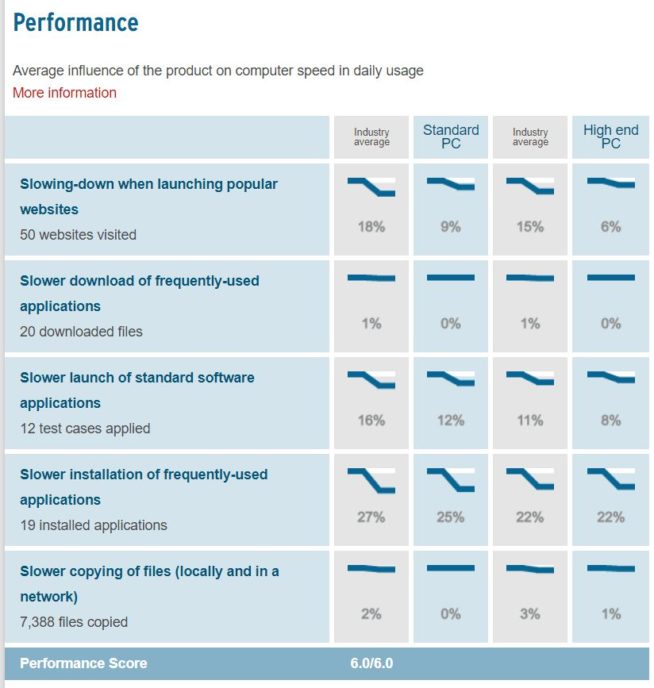 However, the AV-Test rated Bitdefender with 6 out of 6 points in the performance test. It impacted the computer resources in many parameters less than the industry average and in some cases, not at all.

One of the best things about Bitdefender is that it’s easy to use and quick to learn. The functions of the antivirus are clear and easy to find, and you can configure several settings for maximum security. You can also add safe programs and websites to your white list, change scanning settings and much more. All the necessary tools are on the home screen, and the additional ones — in the sidebar. While some sections are a bit complicated, it isn’t a serious problem, just a bit annoying. If you use several Bitdefender tools, you may find that your desktop is a little overloaded. 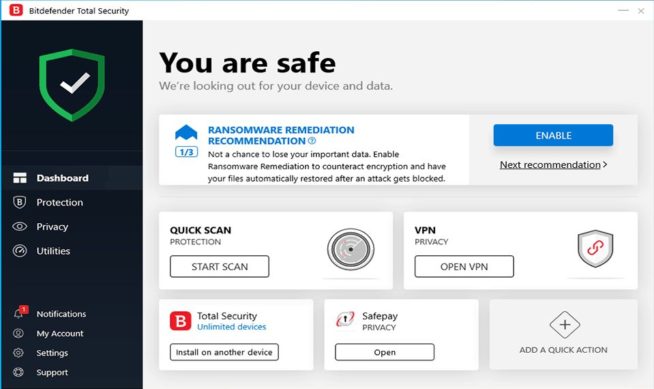 Windows Defender is already installed on every Windows 10 PC and if no other antivirus is installed, it automatically turns on. This means that it is not required to be installed. The program offers protection right out of the box. You can manage your settings in two areas: the Windows Defender Security Center, which includes anti-virus scanning, parental controls, the main firewall, and system status alerts, and the Windows Defender Firewall with Advanced Security. The latter is more intended for expert use, but the Security Center itself is incredibly fast and easy to use.

You can access Windows Defender in two ways — via Parameters or Start menu. All the settings are divided into tabs and are quite intuitive. They are accompanied by clear explanations. So, you can understand how to use the tool even if you never used it.

Difference Between Firewall and Antivirus Software 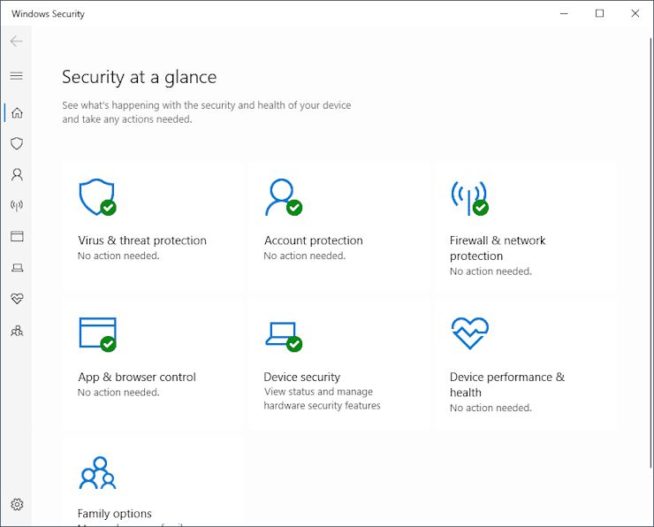 Bitdefender vs Windows Defender – Winner: tie. Both programs are very easy to use even if you are not an experienced user.

The company offers three packages. They differ in the number of protected devices and available features:

What features are available in each package? 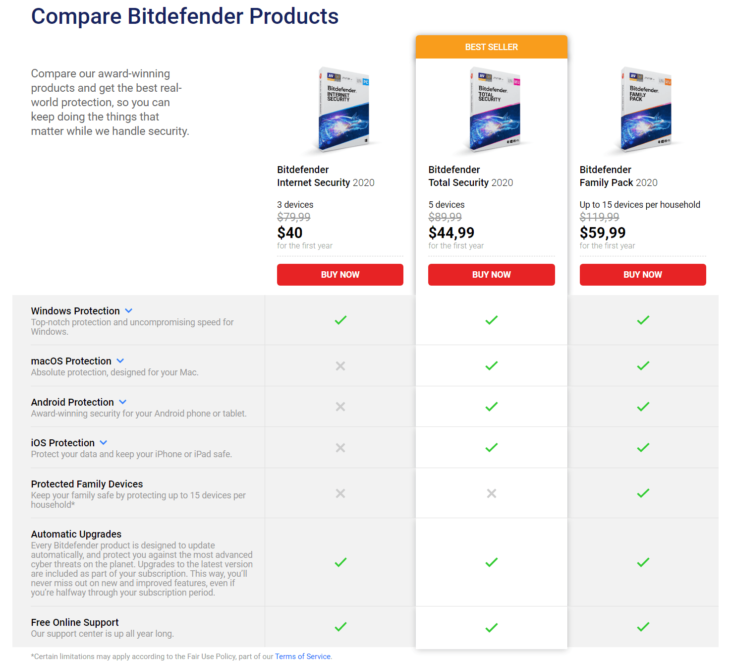 This solution is free of charge. You do not have to pay anything for modern and reliable antivirus protection.

Bitdefender vs Windows Defender – Winner: Windows Defender. There are no additional payments needed — everything works for free out of the box. Yes, Bitdefender also offers a free antivirus but its’ quite limited compared to the full version.

This solution is multiplatform —there are standalone applications for Windows, Mac, Android, and iOS. So, you will be able to protect all your devices.

The app is available only on Windows 10 computers. Consider another solution if you need to protect your Mac or mobile devices.

Bitdefender vs Windows Defender – Winner: Bitdefender. It provides the software for all popular operating systems and devices.

The company website has a large collection of articles, tutorials, and other information on common user issues. After reading this, you likely solve most problems. Also, the support team is available both by email and phone and even online chat. However, the phone support is not available for the users of the free version of the antivirus. The support team is helpful and fast. The technical service representatives are excellent professionals and provide quick and effective answers to all the questions asked.

As this is a built-in component by default, Microsoft can solve any problem you may face. Online support and the FAQ block contain guides on how to set up a scan and fix common problems. If this can’t solve the problem, users can talk to Microsoft’s virtual agent which is quite smart and can understand the question at the first attempt and direct to the specific support resource.

Finally, users have access to Microsoft’s global support network, which includes both phone and ticket-based support. It is fair to say that if you have any issues with Windows Defender, Microsoft has more than enough resources to help you.

Bitdefender vs Windows Defender – Winner: tie. Both companies are ready to help and do it via multiple channels.

According to many ratings, Bitdefender takes about 10% of the Windows antivirus market. As estimated, it’s about 500 million computers. And we do not count mobile and Mac devices. At the same time, Microsoft says that Windows 10 installed on more than 900 million computers. Thus, Windows Defender is installed on all of them. In absolute figures, Windows Defender is supposed to be more popular. However, not every user trusts the security of this free solution.

Bitdefender vs Windows Defender – Winner: tie. Both antiviruses quite popular and are used by millions of customers.

Get 38% discount on Bitdefender