Considered as one of the most popular MMORPGs, Runescape has more than 200 million users since its inception in 2001. It’s a fantasy-themed game, which you can play on various operating systems, including Android, iOS, Linus, macOS, and Windows.

Since Runescape is an online game, it’s not surprising to experience lag or disconnection issues while playing the game. Sometimes, other players have problems getting into the server, spoiling their game-mode excitement.

When those issues arise, you can try basic configurations like changing the graphics to lower settings or switching to a faster internet connection. But if they don’t work, you’ll have to resort to a VPN for a more enjoyable Runescape gaming experience. In this article, you will know how useful VPNs are in playing Runescape and the best VPN providers you can use.

1. Why the need for a VPN when playing Runescape?

A VPN or Virtual Private Network is an online solution to technical problems such as accessing blocked websites without revealing your identity and keeping the internet connection at a decent speed. When it comes to playing online games, VPNs can reduce the ping and enhance your gameplay. This is how you use a VPN for your online gaming.

The good news is that Runescape doesn’t ban the use of VPNs. You can also use VPN to play the Old School RuneScape (OSRS). The only thing that is not allowed when playing online games with VPNs is suspicious activities such as frequent changing of VPN servers and multiple accounts signed in from one IP address. Jagex, the Runescape creator, can detect such unusual activities and may block you from playing the game.

To make sure that you don’t get blocked when using a VPN for Runescape, here are some tips:

If you search for a VPN, you’ll come across many providers. How do you choose one? Well, there is no need to stress. We have shortlisted them and come up with five of the best VPN providers for Runescape.

When it comes to VPNs, NordVPN will never be out of the list. It is created by Tefincom & Co. in 2012 and has since been a topnotch choice due to its advanced features and security options. For one, it features the Obfuscation technology, which keeps your VPN usage hidden. If you suspect that Runescape is going to ban you from using a VPN, you can take advantage of the obfuscated servers to mask your VPN traffic.

Moreover, NordVPN supports OpenVPN. It also has dedicated IP addresses, exclusive DNS servers, a malware blocker, a kill switch, and Double VPN. Best of all, it protects six devices at the same time, and it only costs $3.49/month for a two-year subscription plan.

Another highly recommended VPN provider is ExpressVPN, which is founded by Express VPN International LTD. When it comes to online gaming, ExpressVPN is one of the top choices because of its fast servers. It can also explain why it costs a bit more expensive than other VPN services. It’s $12.95 per month, but the 12-month subscription plan costs $99.95, which is only $8.32 per month.

Despite the high prices, you do get your money’s worth. You don’t only get a fast VPN server while playing Runescape, but it can also fix lag and connectivity problems, as well as packet loss. Like NordVPN, ExpressVPN also supports OpenVPN and has advanced features like VPN Split Tunneling, a kill switch, private DNS servers, and no-log policies. Furthermore, you can connect five devices simultaneously.

Best VPN for Disney Plus

If you’re looking for a budget-friendly VPN client but with outstanding features, then look no further than Surfshark. Created by Surfshark LTD, Surfshark is probably the cheapest provider on this list. It costs $2.49/month for a 2-year subscription plan.

For that price, it’s still one of the best VPNs for Runescape since it has tools that can help minimize high ping. And for one subscription plan, Surfshark can protect unlimited devices at the same time. Now, that’s totally worth the affordable price.

In addition to that, Surfshar supports OpenVPN with strong 256-bit encryption. It features a kill switch, camouflage mode, private DNS, leak protection, and Whitelister, which allows apps and websites to bypass VPN servers. 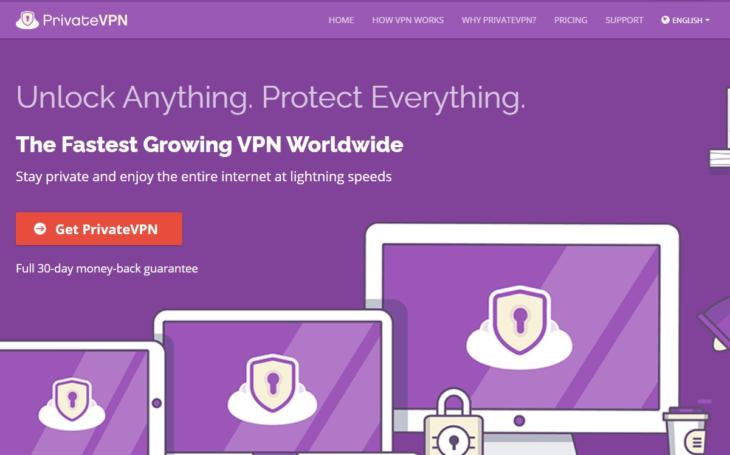 Founded by Privat Kommunikation Sverige AB in 2009, Sweden-based PrivateVPN is a reliable VPN provider when playing Runescape and OSRS. It is not as popular as the first ones on the list, but that’s an advantage because the VPN connection isn’t detected right away. There are only a few players connected to the server, which makes the online gaming experience more enjoyable. Currently, it has more than 100 servers located in 60 countries worldwide.

PrivateVPN supports OpenVPN. It also features fast speeds, unlimited bandwidth, a kill switch, as well as free remote help and installation. It costs $8.10 per month, but its 13-month subscription plan costs $49.68, which is only $3.82 per month. With that price, you’re allowed to connect six devices at the same time, and each other has a unique IP address.

Last but definitely not least on this list is CyberGhost VPN, which is founded by Kape Technologies in 2011. There would probably be no contentions if CyberGhost VPN is considered to be one of the best VPN for Runescape. Why? First, it has a 45-day money-back guarantee. Second, you can install it on all devices. It costs $49.50 for an 18-month subscription plan, which is only $2.75 per month.

CyberGhost VPN has unique servers for torrenting and online streaming. But don’t worry. They are optimized to ensure that your gaming is undisturbed by lag issues. It supports OpenVPN and features private DNS, a kill switch, split tunneling, malware blocker, ad blocker, and public Wi-Fi protection.

How can I improve my gameplay in Runescape?

Aside from minimizing your graphics settings or connecting to a faster internet connection, you can apply optimization tools that can boost your gaming experience. Some of these tools are Wise Game Booster, Game Fire Free, JetBoost, Latency Optimizer Free, and Razer Cortex.

How do I make sure that I don’t get blocked when using a VPN?

Use the same VPN server, and don’t change it now and then. And if possible, don’t use free VPNs. Use paid VPNs (see the list above) since they are reliable and have more servers you can connect to.

Is there a way to have more RAM for Runescape?

Yes, there is. There are RAM booster tools to increase the RAM for Runescape, giving you much faster gaming.