It’s not usual to hear about virus attacks on Linux computers. It’s generally accepted that Linux is much more secure than Windows and viruses for Linux simply do not exist.

However, just by using this operating system, you are not automatically protected against viruses and malware. Even if you use the system properly, in many cases, antivirus software can play a significant role in protecting your confidential files. Moreover, today we hear about more and more attacks targeted at Linux devices. The number of viruses is gradually growing. So, using an antivirus solution is not so bad idea, especially when your business uses Linux. One attack can highly influence your productivity and destroy business processes. Let’s see why you should use antivirus for Linux and which are the best products.

Why do you really need an antivirus for Linux?

Linux is considered to be a reliable operating system because it is less vulnerable than Windows. Most user PCs run on Windows, so the number of viruses and malware developed for this platform is far greater than for others. However, this doesn’t mean that Linux doesn’t need protection from viruses.

There are several reasons to consider installing an antivirus app on your Linux computer:

What to expect from Linux antivirus?

By using the antivirus for Linux, you can expect the following features:

Now, let’s review the best antivirus apps for Ubuntu. Why Ubuntu? Because this is the most popular Linux distributive. Most apps are compatible with Ubuntu and Ubuntu-based distributives first.

Despite ESET not being the most popular brand on the market, it has millions of users around the world. It regularly takes the highest positions in various independent tests. The ESET antivirus engine uses ThreatSense.NET, a timely detection system. The technology continuously collects data on new malware behavior from ESET users and then informs the entire ESET network, allowing you to stay one step ahead of any new threats.

Like most home antivirus programs for Linux, ESET NOD32 Antivirus for Linux does not offer a lot of advanced features. This is obvious when compared to Windows products which often include secure VPN connection and identity-theft protection services. However, it is still exceptionally good for everyone.

ESET NOD32 Antivirus for Linux provides excellent protection against malware with a simple and intuitive user interface. This makes it an excellent choice if you are new to Linux and want reliable antivirus protection without extra features.

This antivirus product is a leader in business anti-malware protection. It can protect up to 100 workstations, including those running Linux. Once Bitdefender is installed, you can run a vulnerability assessment to check the security of your network and the correct configuration of all computers.

The Bitdefender Anti-Virus kernel is the best in threat detection on the market at the moment. For example, Bitdefender’s patented Process Inspector can detect bodiless malware, an increasingly common cybersecurity threat. A bodiless virus penetrates directly into the application memory area without downloading any malicious files. Instead of scanning for malicious files, the Process Inspector makes excellent use of machine learning to detect and block suspicious processes in all applications running in your network.

Bitdefender GravityZone Business Security protects your business with advanced cybersecurity technology. It gives IT administrators full control over the security of all workstations and protects against emerging threats such as bodiless malware. 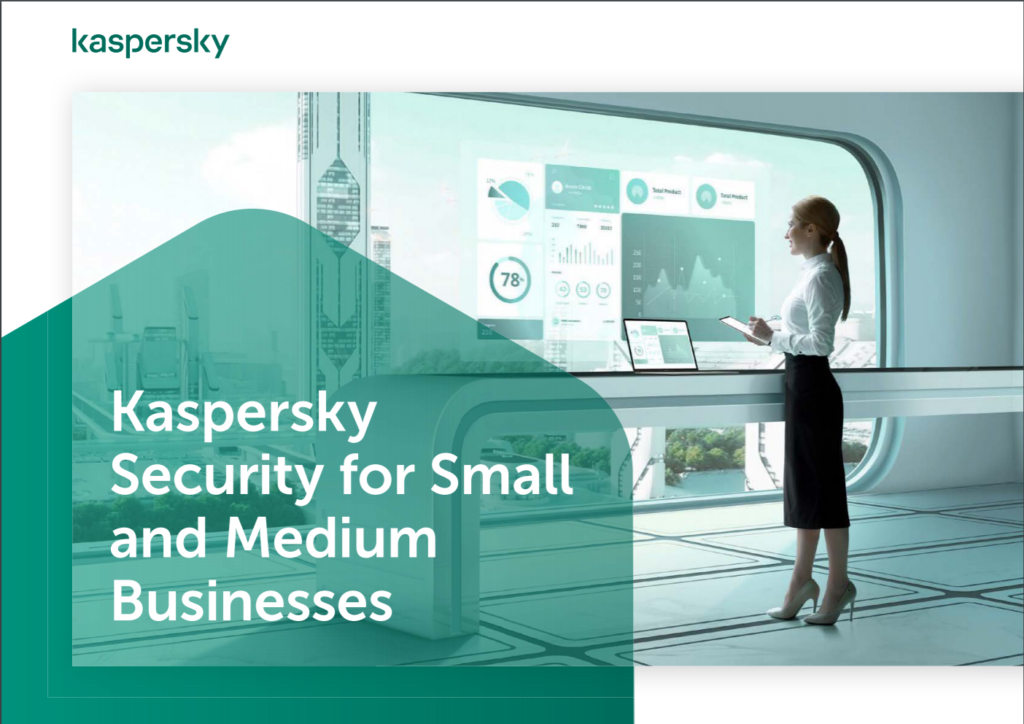 Kaspersky offers excellent cybersecurity protection if you need endpoint protection in a hybrid IT environment where some computers run on Linux and others on Windows or macOS. The Kaspersky software for Linux easily integrates with its products on other platforms.

Administrators can work centrally — remotely set tasks, set up scans, and manage security policies. For Linux servers, Kaspersky Endpoint Security provides reliable protection against extortionist attacks. It uses anti-cryptor technology to continuously scan saved files, detects and blocks unauthorized encryption as a possible ransomware attack at an early stage. You can install Kaspersky remotely on Linux, Windows, and macOS workstations without having to manually configure or even reboot your computer. This allows you to protect every workstation in your company and prevent data leak and virus attacks.

Kaspersky Endpoint Security for Linux will help you manage cybersecurity for your entire business. Kaspersky will be an excellent choice if you use devices with different operating systems. Moreover, it offers excellent protection against ransomware which will protect your servers from this particularly dangerous threat.

Sophos protects against all types of malware. You can use the product for free on one device. If you need some additional options like centralized management of multiple workstations and technical support, you will need to upgrade your subscription to the paid option.

Sophos Antivirus for Linux is a cross-platform solution and protects not only your Linux system but other workstations, no matter what operating system they use. If you work on a Linux file server, the antivirus app will prevent infecting the devices using other operating systems.

Sophos Antivirus for Linux provides a convenient user interface and advanced threat detection, which is free to use on one device. If you are using Linux for a file server, it is crucial to protect your workstations from malware. By detecting all types of malware passing through your server, Sophos protects every device on your network, no matter what operating system they use.

This is a complete security solution for Linux servers which consists of several components that provide reliable and complete protection of your infrastructure. A real-time file scanner checks all files at the monitored connection points.

The app supports protection for Samba servers and NFS. The scanner is based on the Fanotify technology which provides a high level of protection for your server. Since Avast File Server Security only protects files on the servers themselves, it does not connect to workstations, as well as does not affect or reduce the network performance.

The command-line utility enables on-demand anti-virus scanning and integrates with mail servers using AMaViS. The database update script checks and downloads the latest VPS version every hour. Besides, the scanning service connects to the Avast cloud and receives the latest virus signature updates as soon as they are released.

Avast Business Antivirus for Linux is a great solution for businesses of any type and size. It provides a high level of security and protection against any kind of online and offline threats.

Do I need an antivirus for my Linux computer?

Yes, Linux needs antivirus protection like any operating system. Some time ago, Linux was very safe. However, nowadays, there are already hundreds of threats specifically designed for Linux. As this operating system grows in popularity, it becomes increasingly important to protect your Linux device. So, a good antivirus will guarantee your cybersecurity.

Can I use an antivirus on my Linux Ubuntu home device?

Yes, many companies provide a good Linux antivirus for home users. For example, you can use ESET NOD32 and Sophos Antivirus on your home computer.

How can I protect my Linux servers and computers in the office?

You can use any Linux antivirus to protect your enterprise computers and servers.

What is the best antivirus for Linux Ubuntu?

For home Ubuntu users, we recommend ESET NOD32 for Linux. It is a powerful, convenient, and regularly updated antivirus for this system. For Ubuntu business users, we recommend Bitdefender GravityZone Business Security. It is an ideal solution to provide centralized control and security for the Ubuntu workstation network.

Despite Linux being by default a much more secure operating system compared to Windows, using an antivirus is recommended to protect all your data, especially if you use Ubuntu on your primary computer. We reviewed five of the best antiviruses for Linux — we hope you can choose the most appropriate solution for your needs.