iPhones are capable of taking some of the best photos and videos on the market right now (I mean, have you looked at the features of the iPhone 12 Pro’s camera?)

The problem is because those photos and videos are of great quality and resolution, they’re usually really big in size. In other words, it doesn’t take that long to fill up the internal storage of an iPhone, even one with hundreds of gigs of storage.

Unfortunately, not a single iPhone model has expandable storage, which might prove very problematic over time.

Not to be confused with online backup, cloud storage does not create a copy of everything that’s stored on your phone. Instead, it saves whatever precious files you have on a provider’s server without taking any space on your iPhone itself. 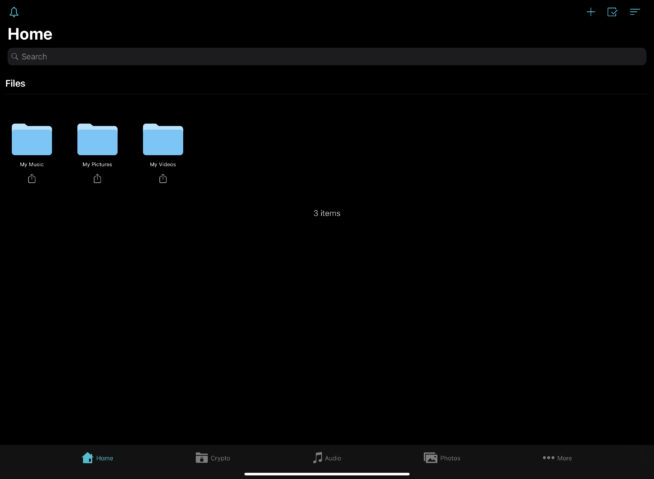 Once the new kid in the block, pCloud has quickly managed to build a name for itself in the cloud storage world.

pCloud works seamlessly with iOS features, from sharing files through AirDrop to printing using AirPrint. It also has some state-of-the-art security features embedded into its app. pCloud makes five different copies of each and every one of your files on its servers for extra security. They also offer pCloud Crypto, which you can get by paying an additional monthly fee. The app also integrates well with iPhone security features like FaceID and TouchID.

Furthermore, the app boasts “instant file synchronization,” which is a fancy term for being able to match files in real-time across your iPhones, iPads, and Macs.

The people behind the app are based in Switzerland, where privacy laws are very strict. In other words, you won’t have to worry about anyone sniffing on your precious, personal data.

This app’s free plan offers 2GB of storage and up to 50GB of download link traffic per month.

There’s also pCloud encryption, which is an optional service that costs $47.88 per year or $125 as a one-time payment, which is essential to have if you really care about your privacy.

Best VPN for School and College 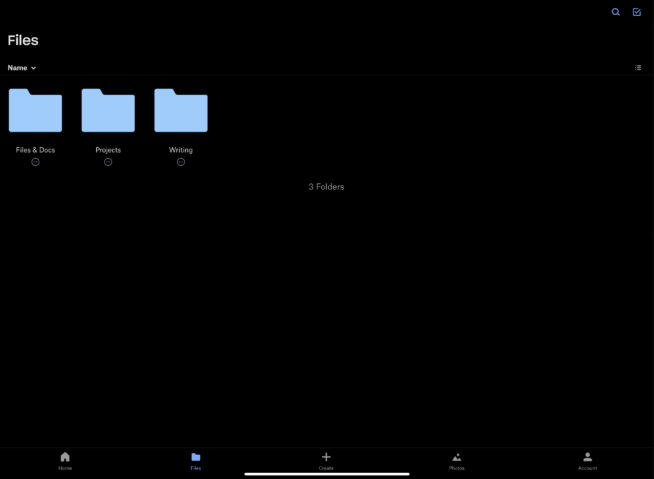 Launched all the way back in 2008, Dropbox is one of the first and best cloud storage providers out there. However, their veteran-like status doesn’t mean that they are perfect. For instance, they do lag behind other providers when it comes to security.

Still, their age has its benefits. For one, over the years, they managed to seamlessly integrate with iOS. You can manually upload your photos and files or have them automatically uploaded by turning on the “camera uploads” feature. Dropbox does recommend that you have your location services on when using this feature to avoid any unwanted delays or drops.

The app also works well with AirDrop, AirPrint, and TouchID. It also integrated well with the Files app, offering you many of the same functions that you would find when using the Dropbox app itself.

One of the downsides of the app, however, is the fact that you can’t edit certain file types using the Dropbox folder. For instance, if you have a Word document downloaded on your iPhone, clicking the pencil and paper icon to edit it will prompt you with an advertisement to use the Microsoft Office app.

Dropbox’s basic plan comes with just 2GB of free storage with the ability to gain an additional 500MB for each person you refer with a cap of 16 extra gigs.

There are two paid plans:

Paid users can get their hands on an extra 1GB for each referral with a bonus cap of 32GB. 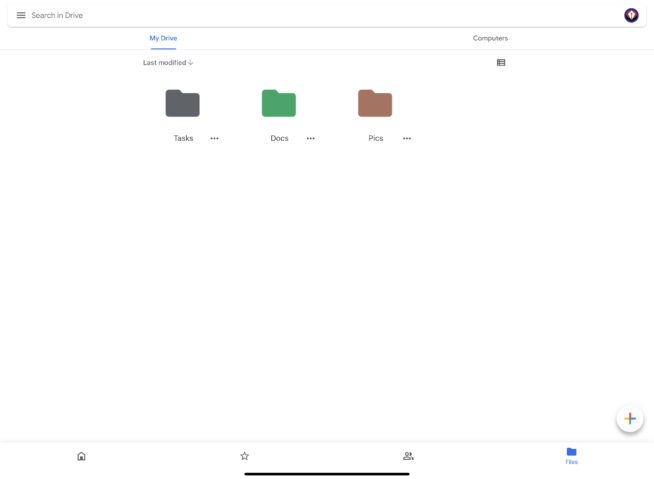 First things first, let’s get the elephant out of the room. Google and Apple are fierce competitors. However, that doesn’t stop Google Drive from being a worthy option for iPhone owners.

The best thing about Drive is that it works seamlessly with G Suite apps such as Gmail or Google Docs. But it has a somewhat serious problem, and that is privacy and security.

Additionally, you can edit and view all different kinds of files, and if you were to upload any of them to someone else’s folder, it would obviously take space out of their Drive storage.

You can choose between 3 different ways in which others can view your file: view, edit, and comment. “View” only allows others to see the file, “Edit” gives them the ability to revise the file as well as its sharing options, and “Comment” is exactly like “View,” only this time you get a thread attached to the file for people to post messages.

As for file saving, you get the option of manual or automatic uploading of files.

Unlike some options that I’ll mention here, Google is based in the U.S., where cloud storage privacy laws aren’t that strict, so if that’s one of your main concerns, which it should be, then stay away from Drive.

The free version of the app gives you 15GB, something that is unprecedented in the market. But there is a catch, and those 15GB are shared by all the Google apps.

You can upgrade your storage through a Google One subscription, comes in three flavors: 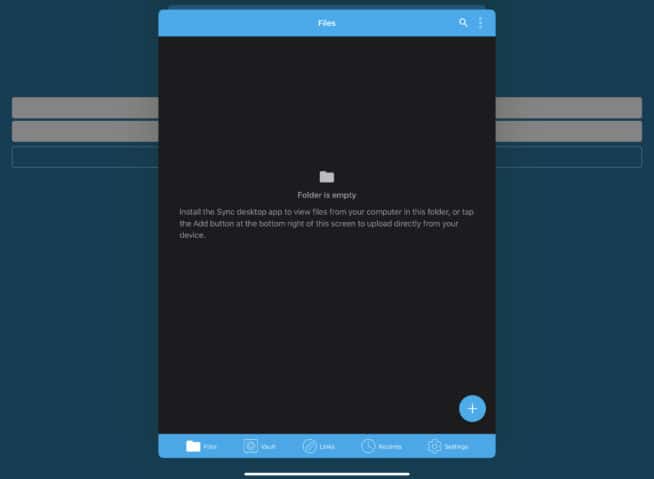 Apple is famous for producing products that offer a simple, easy-to-learn experience with top-notch security. Sync.com is exactly the same, making it a natural choice for iPhone owners who are looking for a cloud storage app.

Your files are accessible from any Apple device from your Mac to your iPhone, iPad, and iPod Touch. What really stands out about Sync.com is its security features. In my opinion, it is the best app out there security-wise.

Unlike Mac’s web panel, the iPhone app has all your files on demand. In other words, it’ll only take a few seconds to load an image or video from the app, and it won’t take any extra space in the process. You obviously get the option to automatically upload your files to your Sync.com account.

Additionally, sharing files with Sync.com is an easy and seamless process, and you get to control how others access them with a flick of a switch. The higher-tier plans of Sync.com also allow you to send share links with expiration dates of your choosing for extra security.

Both the Personal Mini and Pro Solo plans come with a bunch of advanced features, such as account rewind and advanced sharing controls. And if you want to get the bang for your buck, you ought to opt for the Pro Solo plan. 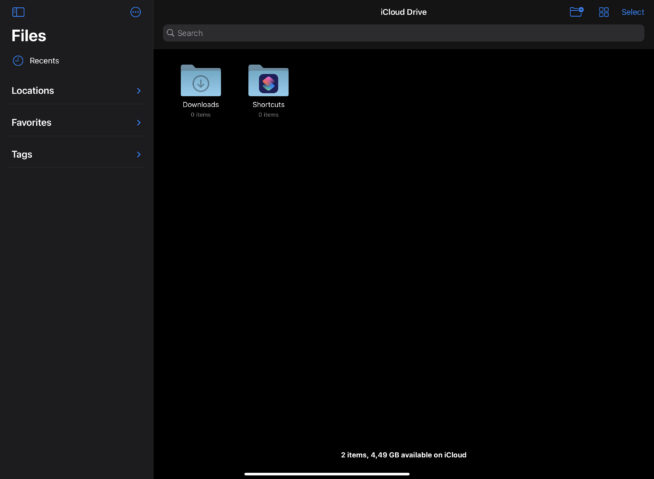 iCloud is apple’s proprietary cloud storage service, so it comes as no surprise how well it functions with other products such as your Mac or iPad or other Apple software like Numbers, Pages, Notes, etc.

In case it’s not obvious for you yet, the main benefit of iCloud is how it can seamlessly sync with all of Apple’s apps. For instance, you can drop anything into your iCloud Drive folder on a Mac, and you’ll immediately find it on all your Apple devices.

However, if you rely on non-Mac computers or use a non-iOS mobile device on top of your iPhone, then you’ll quickly notice iCloud’s limitations. You can access a full suite of features is iCloud.com, but they’re all very mediocre.

A somewhat recent addition to iCloud is folder sharing, which allows you to easily share your files with friends and coworkers.

Apple only provides 5GB of free iCloud storage, which is decent for documents but very pretty inadequate for the high-quality photos and videos that your iPhone will take. 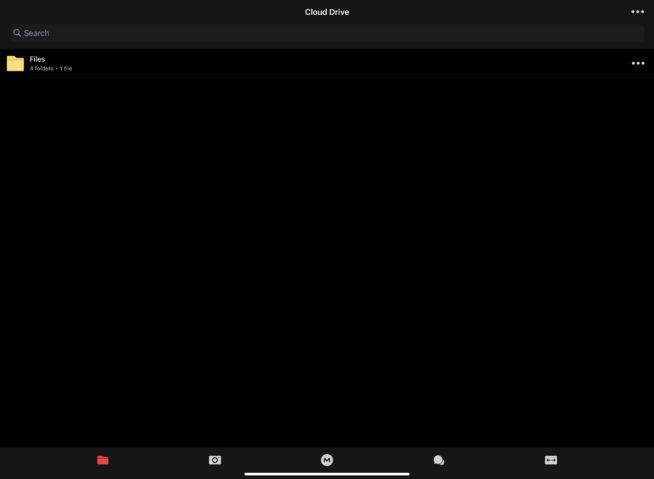 Mega is the go-to app if you’re looking to have your files stored in a highly-secure server with end-to-end encryption.

The company claims that all of your files are encrypted before they reach the cloud servers. This extra-tight security means that if you want to reset your password, for instance, the company won’t help you in any shape or form. In other words, make sure to not forget your Mega account password once you set it up.

The iPhone app allows you to quickly upload and sync all kinds of files, from photos to videos to documents. You also get to access the other files that you might have uploaded from your computer. Sharing your files with your contacts is also super easy and very secure.

A free Mega account will get you 50GB of storage for free. Premium options include: 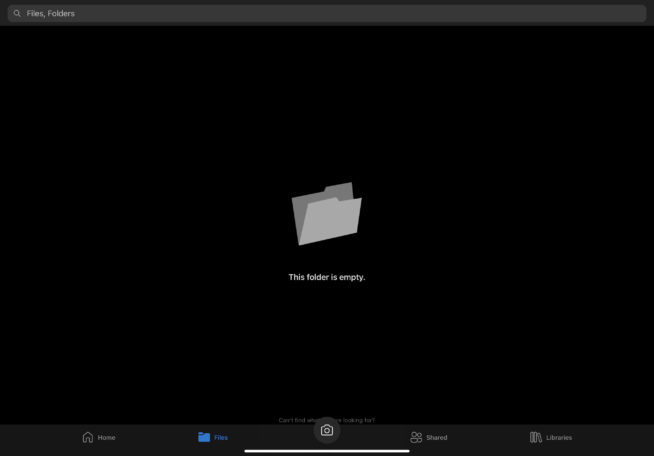 If you’re an iPhone user who prefers PC over Mac, then OneDrive is the cloud storage app for you. It works very similarly to Google Drive and is available on just about every platform out there. The app comes preinstalled on Windows 10 devices, so if you’re looking to keep all of your iPhone data in sync with your computer, there isn’t much you have to set up besides logging into the same account on both devices.

If someone were to edit a file that you shared, OneDrive would send your real-time notifications. You also get a PDF annotation feature on the iOS app, which lets you draw on, highlight, or sign any PDF file on your Apple device.

OneDrive automatically tags your uploaded photos based on visuals, so it’ll be easier to distinguish between them later on.